Beginning in the seventies neurofeedback came into public awareness as a method to reduce symptoms of ADD and ADHD by inhibiting and or reinforcing certain brain wave states such as theta, alpha, and beta. The use of neurofeedback has been divided into two distinct arenas. One arena uses a diagnostic model and TREATS the patient for a particular symptom.  The other TRAINS the brain towards more effective and efficient performance.

Training with NeurOptimal (Zengar.com) allows people to get immediate feedback about the patterns of electrical energy in the area over the sensory motor cortex.  The surface electrical energy is displayed on a computer screen in hertz, or cycles per second.  Slower brain wave patterns dominate, when people have problems focusing or are not as able to self regulate, as they might like to.  Training consists of 20 to 40 minute sessions where one listens to calming music, until the brain enters into overly excited or too shut down state, these clues interrupt, slightly alerting the brain to return to the “present” then the music resumes.  The training, to be alert and relaxed, alters the dominant brain wave patters over time, thus increasing one’s ability to calmly focus.

Successful training is enabled by a family effort. Brain wave patterns between family members are linked, as people’s anxieties and worries influence one other.  When two people are undergoing the training, they can reinforce the usefulness of calmer focused states and this also promotes better communication.  During peak performance training, parents become more aware of the situations creating tensions and the more ideal states where performance is enhanced.  Some work with the child to create their own scenarios, while others use videotapes of past performance to increase awareness of performance. Over several sessions people report increases in energy, better perception and coordination when performing.

Most people feel very relaxed over an initial 20 to 30-minute training session. Some people immediately report they are able to find solutions to old problems, while others note a slightly different attitude towards old issues.  Over time the most common reported changes are: greater ability to focus, developing specifics skills, seeing the big picture or the players on the field, increased organizational skills, completing assignments, altering diets or exercise programs, decrease in worried thoughts, more cooperative, open relationships and better sleep. The initial training is ten sessions during eight weeks and then reevaluate. 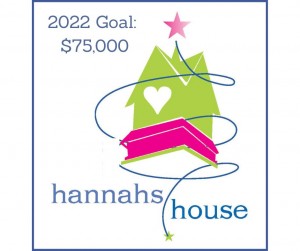